Almost from the beginning, racing has made the Corvette a living legend. Sports car development in the 1960s was explosive, and at the cutting edge was the Ford GT40 and the Chevrolet-backed Chaparral, both using a mid-engine layout. The Astro II (XP-880) was the first of several experimental, mid-engine Corvettes that kicked off years of exotic sports car anticipation. 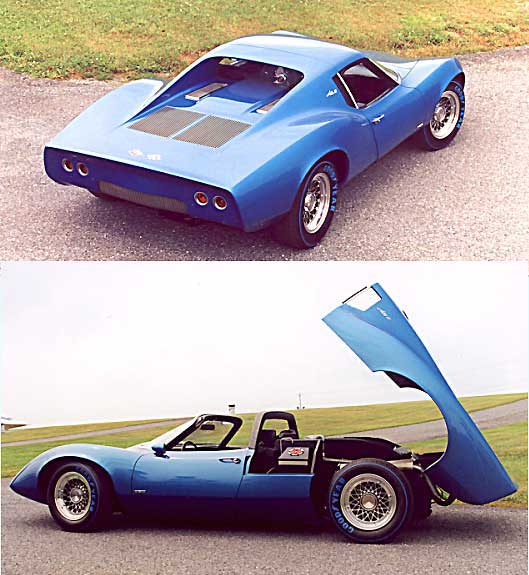 The Astro II, revealed at the 1968 New York Auto Show, was less extreme in its styling than Astro I. It was designed primarily to showcase its rear-mounted powertrain application. Unlike the Astro I, Astro II had doors to access the passenger compartment. The rear compartment hatch still lifted up – this time, to provide access to the engine compartment. The front compartment was designed as a storage area. Chevy R&D's first mid-engine Corvette positioned a big-block V-8 backwards so the starter and ring gear nestled under the reclined seats and the tall accessory drive rode in back. The Tempest transaxle's torque converter bolted to what's usually the front of the crankshaft. The finished car weighed 200 pounds less than a stock 427 Corvette, but the transaxle was far too weak. 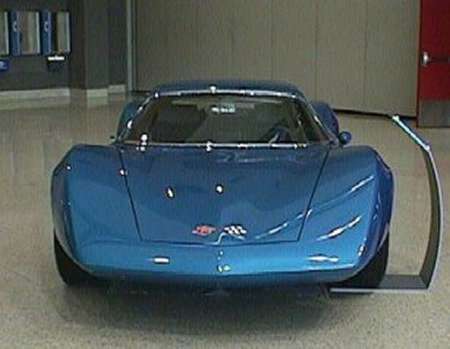 Ford started the race by first offering a street version of their GT40, called "Mark III" and then by unveiling the "Mach 2" experimental mid-engine car in May 1967. Designers at Chevrolet went right to work on their own version of a mid-engine Corvette. After 11 months, the Astro II was shown, immediately initiating a blizzard of speculation asking the question, "Is this the next Vette?"

By using off-the-shelf parts, the designers were able to deliver the car quickly, and at a relatively low cost. However, because of a lack of serious commitment by Chevrolet, the car was made using an out of production, '63 Pontiac Tempest, two-speed transaxle. Ford, on the other hand, had a race-proven, four-speed manual gear box for the Mach 2. The big question was, if pushed into production, would a two-speed automatic Corvette be taken seriously. Probably not. 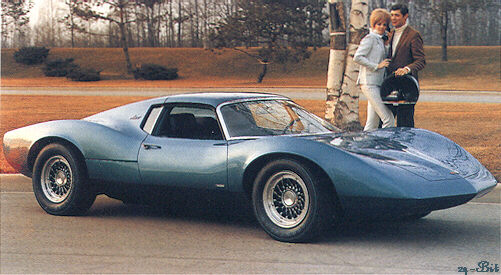 Despite its built-in design weakness, the Astro II was a very interesting effort. It certainly looked exotic and screamed "Corvette" with its body styling. The Astro II used a central backbone frame and thick doors that housed safety beams. The 20-gallon fuel cell was located in the center of the frame. The engine, suspension and drivetrain were all attached to the central frame. With a 427 engine, this made the car more like a Can-Am racer than a street car. Even with production Camaro and Corvette suspension parts, and performance street tires, the Astro II generated 1.0 g of cornering grip. This was part of the magic of a mid-engine sports car. Astro II weighed in at 3,300 pounds, 300 less than a production Corvette, yet had almost the same external dimensions.

While the Astro II was being track tested in Spring 1968, Duntov and his crew were busy working on their solution to the transaxle problem, the stunning XP-882. This one almost made it to the showroom.