I bought a 2004 Millennium Yellow convertible!

This beautiful convertible was originally sold to it's first owner on April 12 of 2004 in Wytheville, Virginia. This makes it the last C5 model, since the C6 was introduced in 2005. On August 21st of 2007, the car was sold by it's first owner with 19.403 miles on it's odometer. This is the only registration in the United States, so I guess the car got to Classics and Roadsters in Millers Creek, North Carolina, who put it up for sale. On August the 29th of 2009 -at Corvettes at Carlisle in Pennsylvania USA- I found this car and by then it had 21.191 miles on it. A lot of the collected miles were from the trip from Millers Creek to Carlisle, being 420 miles. After some bumps in the road (turning Euro's into Dollars is not as easy as it seems) I could close the deal with the very nice guy that was selling this car and this beauty was mine! 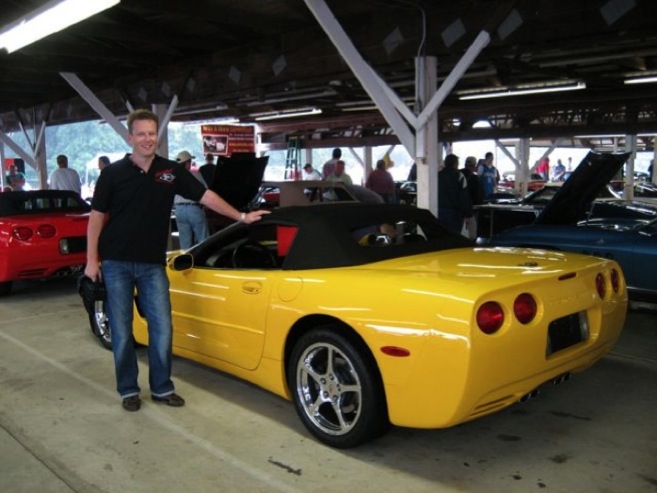