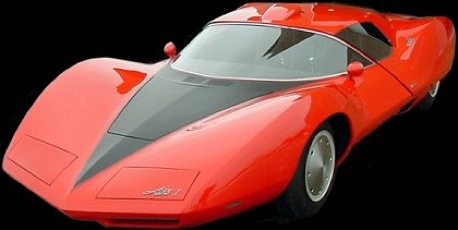 The Astro I appeared in 1967 as a radical-looking fastback coupe designed for the show circuit. It was merely an exaggerated version of the 1968 all-new "Shark" production design. Allegedly good aerodynamics were never proven. The official purpose of the Astro I was to study aerodynamics and new features. Engineers had long known that frontal area and shape were major factors in how slippery a car is in high-speed air. Much of what we take for granted in aerodynamics was new territory in the mid '60s. For this study, function followed form. 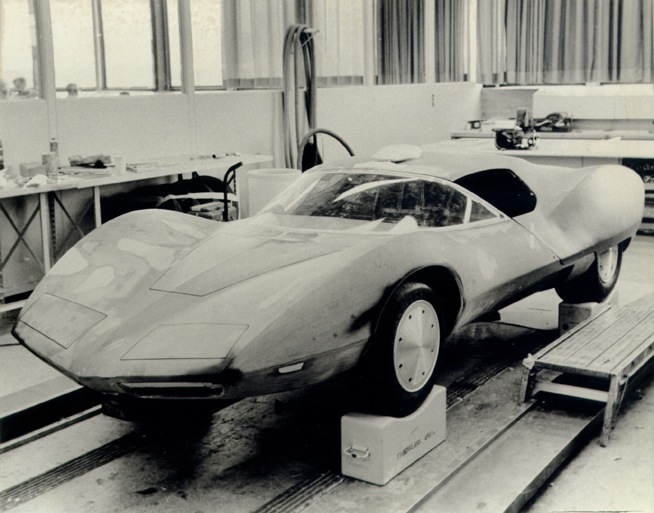 To keep the front profile as low as possible, a modified, flat, opposed-six Corvair engine was placed behind the rear wheels. Although a far cry from the rip-snort'n 427's of the day, the little 176 cubic-inch engine was made of alloy aluminum with steel cylinder sleeves and featured single overhead cams, hemi heads, Weber carburetors, and made 240 horsepower. That's 1.4 hp per cubic inch! Fortunately, this was one for the history books. 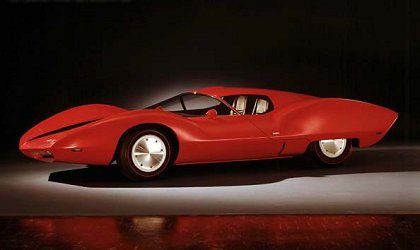 The car's height was under three feet, and hinged rear body/door section allowed access to the cockpit. A periscope rearview mirror on the roof provided a wide-angle view. The unibody construction had large boxed side sill members that added stiffness as well as housing a fuel cell on the passenger side. The bulkhead behind the driver and the forged aluminum windshield header provided rollover protection.

The front and rear suspension used double wishbones and four-wheel disc brakes. Wheels and tires hadn't gotten fat yet, so 5.5 inch and 7.0 inch wheels were used front and back.

Note the absence of any normal door lines. The entire canopy hinged up from a pivot point behind the rear wheels. Since the car was 35.5 inches tall, 12.3 inches shorter than a '68 Corvette, the seats were fixed to the canopy and actually raised up so that you could step into the interior. This was not a rainy day car.

The Astro I had many styling tricks that were standard for GM study cars; a closet at the base of the windshield for wipers, pop-up spoiler brake lights, access panels on the hood for servicing fluids, and periscope rear view mirrors. The interior had the gauges, warning lights, and twin-grip aircraft-style steering control device. Trick stuff in 1967. 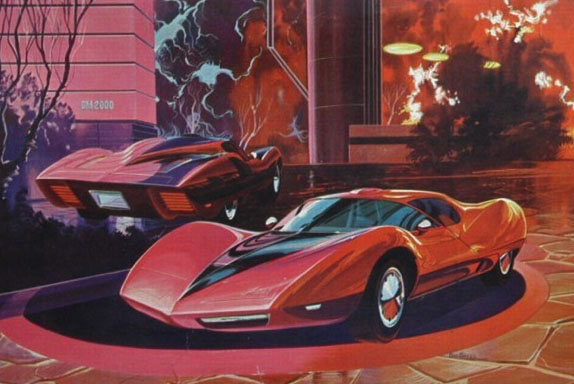