Development of the 4th generation Corvette produced some nice looking concepts. These design studies were shown to a select public in 1980. In 1981 there were already running prototypes of the C4. 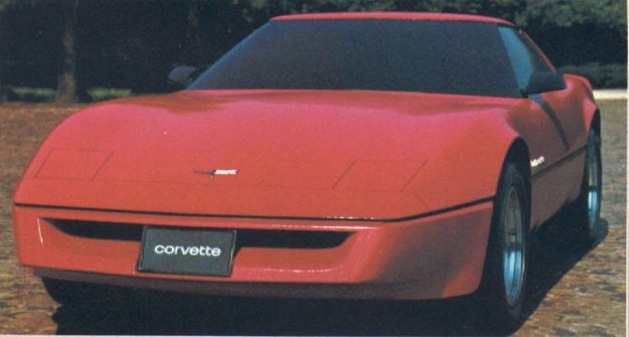 The first clay models of Jerry Palmers designs for the C4 were completed as early as September of 1978! Early concept cars like the XP-882 are recognizable in the early studies like the one below. The final looks of the C4 were determined in 1979. This one still featured the 3rd generation wheels, that would be replaced later. 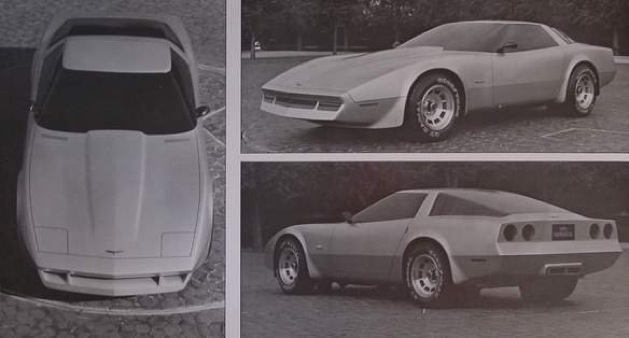 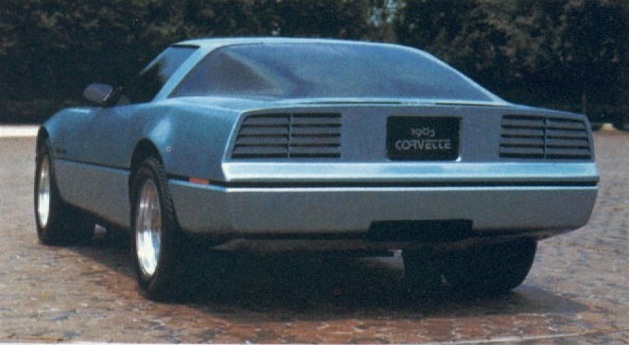 On November 1981, a prototype C4 is run at 1.01g lateral acceleration on the skidpads at the GM proving grounds. 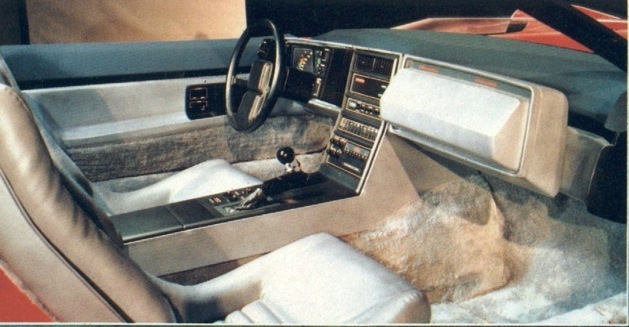 This is an early design for the interior. The definitive design was finished in April of 1980.

On July of 1982, the Corvette plant begins pilot production of the 1983 Corvette. Chevrolet completes building 61 Corvettes. 18 are prototypes, the other 43 are pilot-line cars built with production tooling. All but one are destroyed. On December of 1982, at the Riverside International Raceway in California, Chevrolet previews the 1983 model Corvette, where the automotive press test the car. The new Corvette features 64-degree windshield, 0.34 coefficient of drag, and top speed over 140-mph. On January 3 of 1983, production begins on the 1984 model Corvette. Vehicles with VIN 0002-0071 are built as test vehicles; the 71st car built is given VIN 0001, and donated to the National Council of Corvette Clubs for a charity raffle. Car #0071 is the first customer-built car, bought by Bob Nagy. For the first time, Chevrolet officially offers new Corvettes for sale in Europe, the Mid-East, Saudi Arabia, Japan, and Latin America.