CERV stands for Chevrolet Engineering Research Vehicle. The CERVIII is one of the most advanced concepts ever created. Never before has so much working technology crammed into one car for performance purposes. The cost to develop a car like the CERVIII would be astronomical.

Coming from a long line of mid-engine Corvette prototypes, the CERVIII was the final attempt towards a mid-mounted engine. Inspiration for the car's design came from the Corvette Indy which was released four years earlier than the CERVIII. Unlike this prototype, the Indy was more of a display model, incapable of being driven. 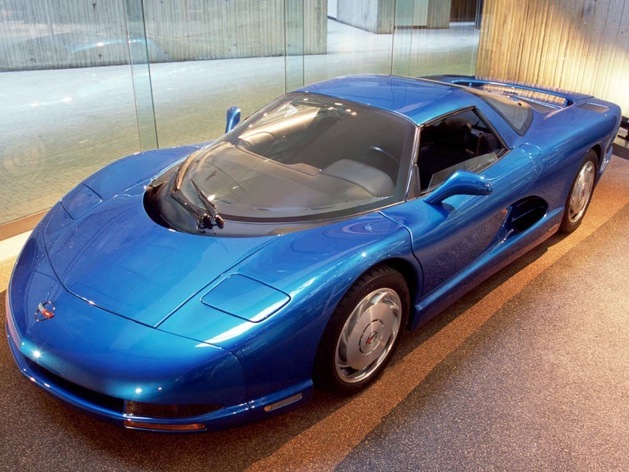 The body of the CERVIII is made of carbon fibre, nomex and kevlar, reinforced with aluminum honeycomb. This material forms a one-piece composite unit. Highlighting the structure is an exceptionally low drag at 0.277 Cd. 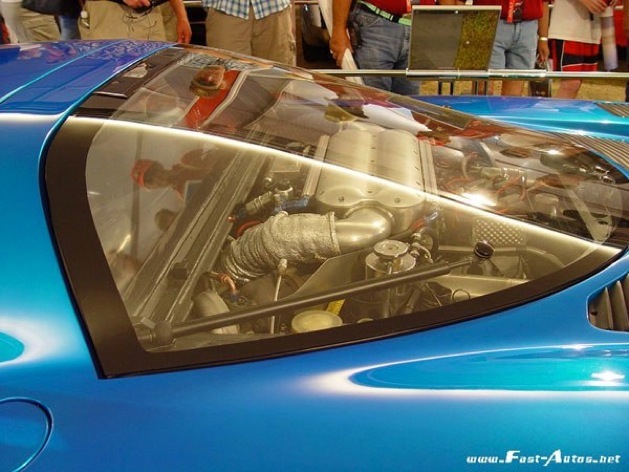 With such high speed capability, a strong braking system is a must. On each wheel a dual disc setup is used. This creates a sandwich of brakes which effectively doubles the surface area. As a drawback, having 8 disc brakes instead of the usual four does increase overall weight.

WIth the transmission setup another innovation is achieved. Six forward speeds compliment the CERVIII by means of two transmissions! That's right, a three-speed Hydramatic unit is linked to a custom two-speed transmission resulting in six gears. With this setup shifting is done automatically by computer control. 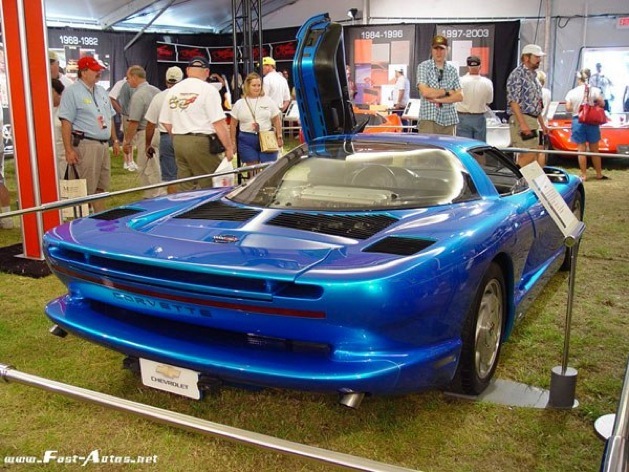 From the transmissions, power is transferred to all four wheels though a viscous-coupling system. This system helps achieve maximum traction by varying the torque to the front and rear wheels. No doubt this setup is influenced by the Porsche 959. 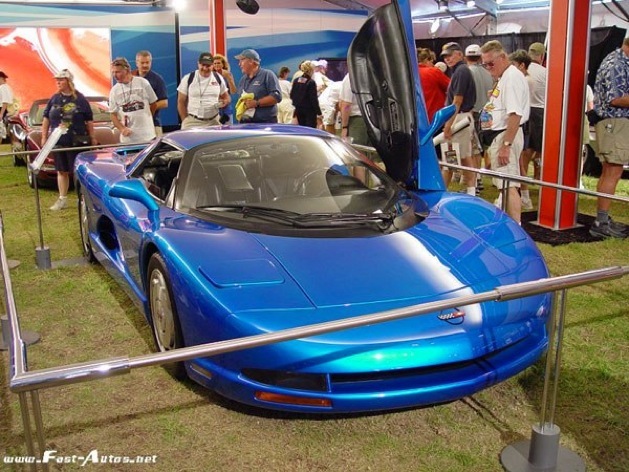 It is interesting to note that of all the mid-engine prototypes made, the CERV III was the closest to production. Marketing plays a major role in decisions such as these and the Corvette has little room for major change. Like all the other mid-engine corvettes, the CERV III has never made it past the prototype phase. However, the styling cues were not lost. It was the 4th Generation Camaro that inherited the huge-by-wide front glass, rear hatch glass and rear wing, and while the CERV III had a removable targa-type roof panel, the Camaro was available with a t-roof. 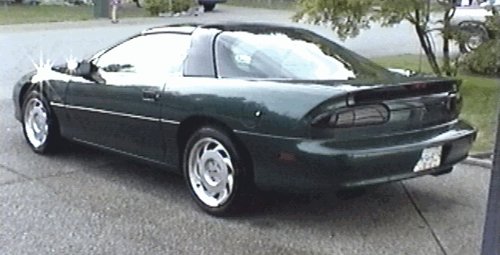