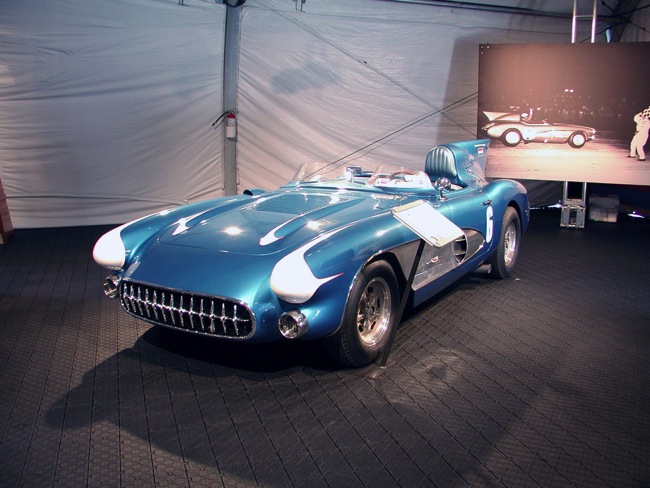 The SR-2 acronym stood for “Sebring Racer” or alternatively “Sports Racing”. Starting with a Sebring Corvette chassis, the SR-2 sprouted a rear fin, two small racing windscreens, air scoops on the side coves and an extended front end with driving lights that gave the machine a purposeful appearance. 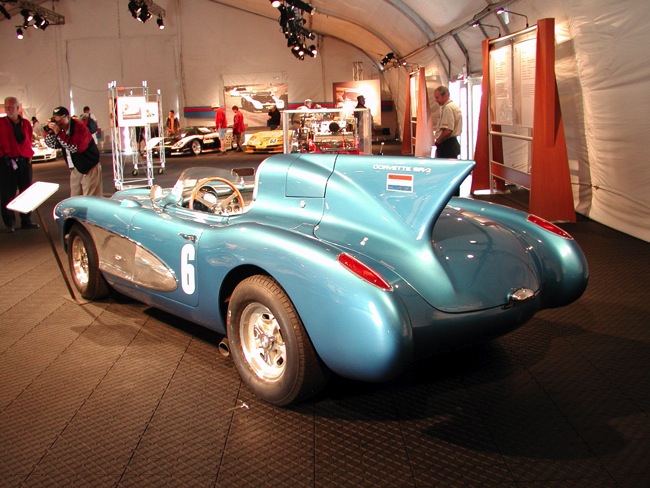 When Jerry Earl announced he was going to race a Ferrari 250 MM, his father, Harley Earl, commissioned a racing Corvette for him instead. Chevy already had the 1956 Sebring Racers, but Harvey Earl had his designers create a hotter looking Corvette for his son to race. The result was the very first Corvette SR-2 (Jerry seen below in the middle). This car was built on car #1522 coming off the assembly line in 1956. 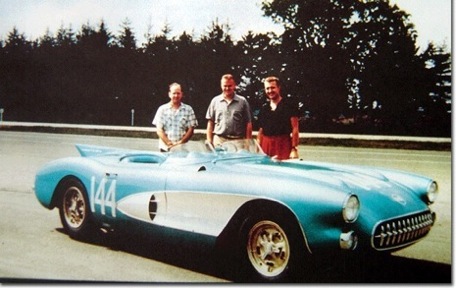 This “low fin” design had a rear fin that had the same height as the top of the rear deck. It also had a longer nose as the standard Corvette, fairing cones for the headlamps, fog lights in place of turn signals and air scoops at the end of the body side cove. William L. Mitchell had a second SR-2 built with a taller fin integrated into a Jaguar D-type style of headrest. Notice the Corvette logo on the tail fin! This car was built on car #1532 coming off the assembly line in 1956. 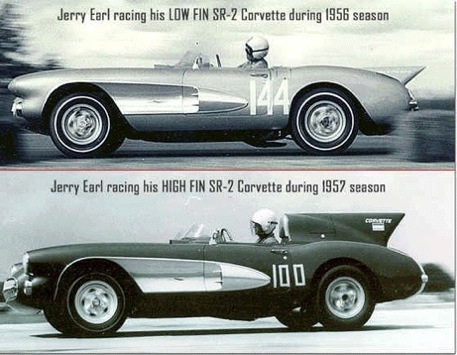 Harlow Curtis was president of GM during the period that the SR-2's were developed. The lookalike below was built by GM’s styling staff and presented to him. Curtice’s car was fitted with Daytona wire wheels instead of the Halibrands used on the racers. This car was built on car #1636 coming off the assembly line in 1956. 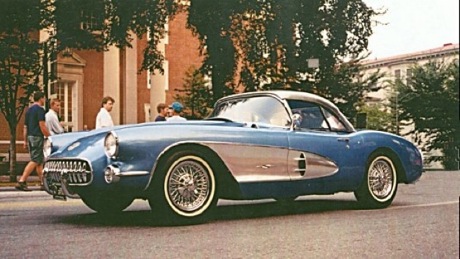 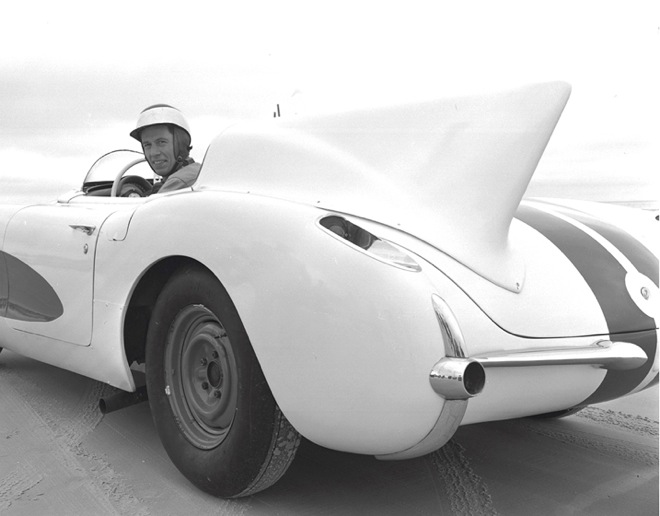