A Corvette in name only, the Corvette GTP (Grand Touring Prototype) was one of the fastest and most exotic race cars ever to wear a red Bowtie. Based on an English Lola T600 chassis and powered by an all-American turbocharged Chevy V6, the mid-engined racer was a rocketship. At full boost, the Corvette GTP's 3.4-liter (209ci) V6 pumped out more than 1,000 horsepower. This amazing machine claimed seven poles in the IMSA Camel GT series in 1986 and won two races. In 1987, the Corvette GTP captured four more poles. 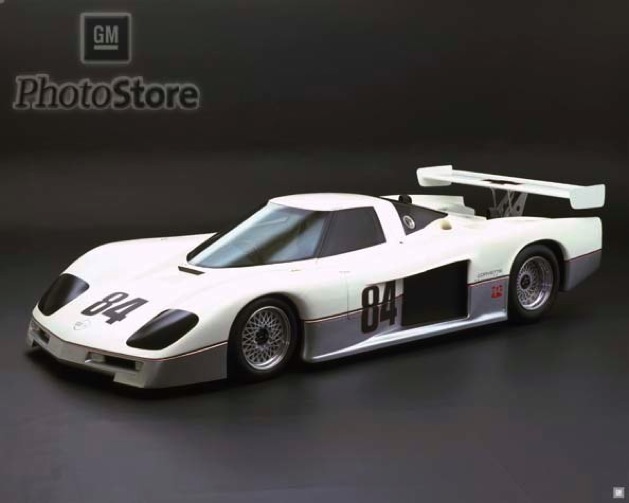 This car was a GM sponsored attempt to put the Corvette and Chevrolet names out on the road racing circuits and to offer some competition to the dominant Porches, March and Lola cars which were leading the field IMSA GTP racing in the early eighties. The last two had both used production based Chevrolet V8’s with success but it was their 90 degree V6, suitably turbocharged, that the Division wanted to promote with this new racing car. Because this motor was no more than a shortened small block, there was no shortage of high performance equipment or experience and as initially installed it made 775 bhp 20psi of turbo boost. Later at the hand of Ryan Falconer peak output was pushed to over 1100 bhp. Chevrolet thinking then was that big engines were finished and that the V6 would take over from the Small Block which would be out of production by 1990. How wonderfully wrong they were! 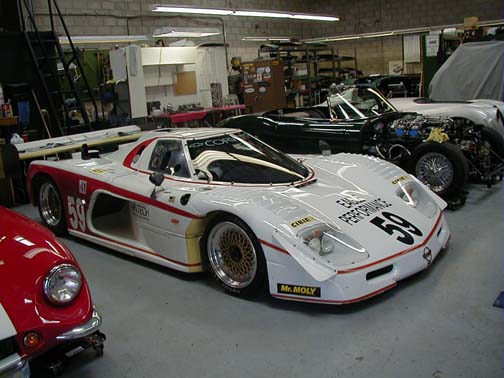 Lola Cars Ltd of Huntingdon, England were appointed to develop a new car from their T-600, which was V-8 powered, and called the new model the T-710. Chevrolet Engineering and Styling were involved and the first car, chassis number T-710/01, was tested at Goodwood Circuit, England in March 1984. It arived in the United States in May, made to look as much as possible like a production 84 model, even to the extent of presenting it with the racing number 84. This model was originally a wind tunnel test unit, made of fiberglass and finished in black. It came with a selection of ground effect undertrays and plain black doughnuts for wheels. It had been in the UK for some time when bought by Tom Falconer in 1996. It represents the original and most beautiful long tail version of the Corvette GTP as it arrived in Detroit in May 1984. In August 1997 ace automotive model maker Caroline Egginton of Maidstone, Kent UK rebuilt and repainted it as a fully detailed display unit, with handmade wheels and tyres and correct graphics. 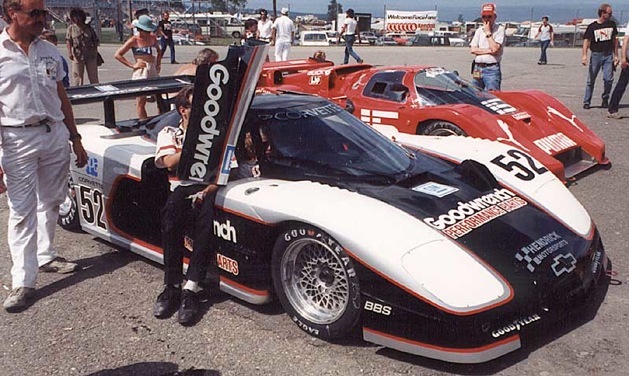 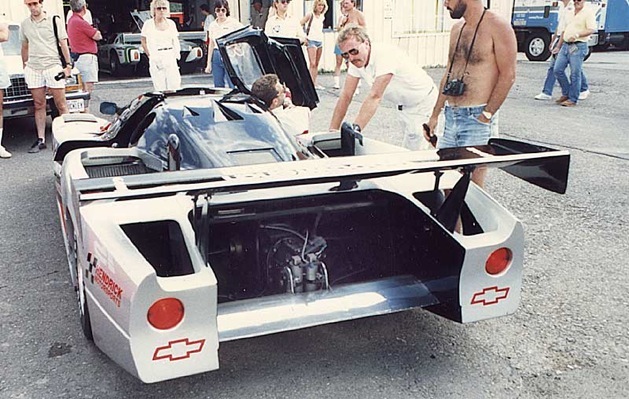